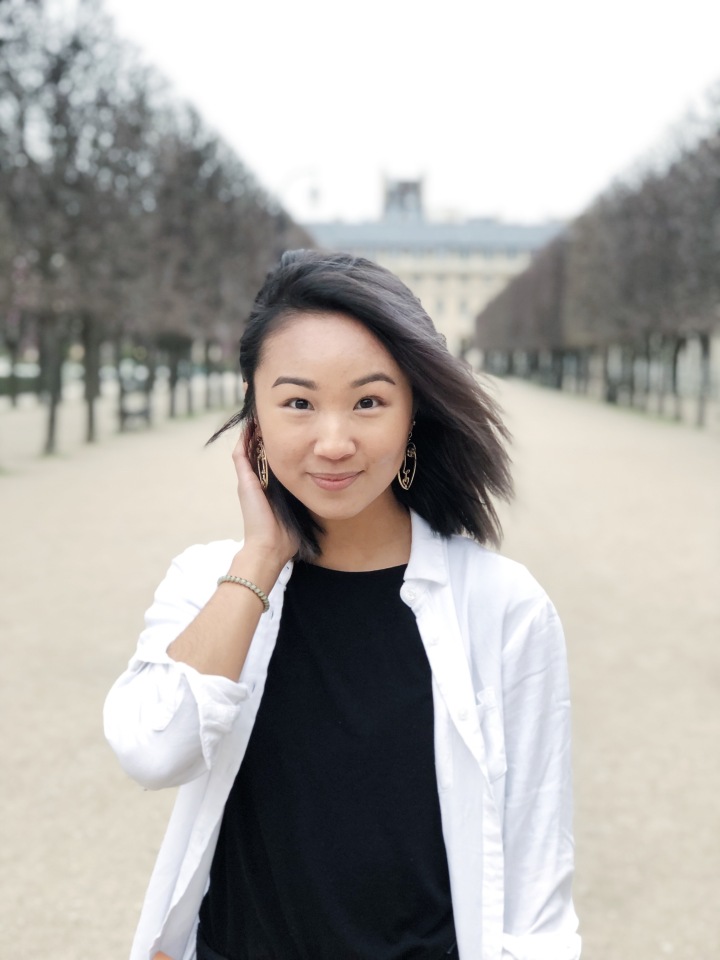 Asking for permission before doing something is what one should always aim to do…right? It’s the polite, and sometimes very necessary thing to do. If this were not the case, we wouldn’t need movements like #MeToo , asking those with power in society to simply ask first (AND LISTEN) before proceeding with sexual, oftentimes unwanted advances.

But in what situations has asking permission gone too far?

Growing up, I remember being in both an environment and household where asking for permission was the precursor to choosing into any particular action – be it watching a certain TV channel, eating a snack or treat, or using the restroom at school…the list goes on, and on. At the time, this was completely appropriate. It was for my own protection that I ask a parent or person of authority if it were safe, healthy, and beneficial for me to partake in a certain activity.

But I think simultaneously, there were other ways that I began questioning whether I had “permission” to be, or do certain things…in which, the answer was almost always “no.” When it came to pondering if I could be an actress or musical artist, the answer was “no” because that’s not what the mass media reflected in Western culture. I didn’t have the blonde hair, blue eyes, or raspy voice that most artists or actresses had across the board. I also wasn’t a light-skinned Asian American woman that fell within the “Asian Sidekick” or “Over-Exoticized” stereotype. When it came to considering going into any form of business, it was a hard no as corporate America was almost exclusively led by white males. I didn’t have the privilege of growing up male. Or white. Or with parents that were college grads. In fact, I was quite the opposite. I didn’t know what to name it at the time, but the systemic barriers that came with being a woman of color were subtly (and in some ways, not so subtly) telling me from a young age that there were certain jobs, personality traits, and desires that I simply did NOT have permission to obtain.

Luckily, these subliminal messages didn’t have an externally long-term affect. I miraculously went to college, thanks to the extremely hard work, personal encouragement, and money-savvy nature of my parents. I married a more-than-incredible human, have begun a family (if you can count a crazy calico kitten as some form of a 1st-child), live in a safe and lovely apartment, and have an abundance of love and inspiration in my life.

But what I’ve come to find, is that although my external life has proved to be abundant – the messages I’ve chosen to believe about who I am, and what I’m “allowed” to do are still deeply limited. Though there is an abundance of provision in my external reality, there appear to be subconscious messages of scarcity and fear that I’ve bought into regarding my soul and purpose.

Now that I’m older, the things I internally ask permission for are more along the lines of, “Am I allowed to pursue what brings me joy? Can I initiate change in the communities or spaces around me? Can I lead…especially in the evangelical church? Am I allowed to lead, or to take up space…at all?”  As I’m becoming more self-aware, and allowing those questions to surface at a more communal level, I’m sadly realizing that the answer I’ve internalized (from perhaps a very young age), is almost always “NO.” It took leaving my last job (that at one point, I loved), to realize that the reason I struggled taking up space or leading was simply because I internally believed that I wasn’t allowed to. Blame it on complementarian theology or not, it was something that I had very deeply believed about myself as a woman – and especially, a woman of color.

In the last 6 months I’ve decided to take the time to deconstruct that “no” a bit, and question the very culture and systems that lead me to believe that this always needs to be the response I subscribe to. And believe me, it has been a ROUGH 6 months. I know it will continue to be rough. Asking questions that could potentially lead to increased self-worth and agency when the society you’re in asks you to believe anything otherwise, will always be an uphill battle.

But ultimately, I’ve come to find that all my wrestling has come down to two core questions:

Do I believe that I’m made in the Creator’s image?

If I do believe so, how should that inform the belief I have in who I am, and who I’m to become?

These questions have led to other questions. Do I trust myself? If I learn to trust myself, and the intuition that the Creator himself gave me… do I need permission from others to pursue joy? To pursue jobs or vocations that not many who look like me pursue? To pursue ministry?

That last question is most certainly on the back-burner, as I’ve still got a lot of stuff to work through with the evangelical church and personal opinions regarding Biblical inerrancy, women in ministry, and gender/sexuality in general. But in the meantime, I’m learning that to my surprise, the answer to most questions I’m asking today doesn’t always need to be the “no” that I’ve internalized for most of my life.

When working for the evangelical non-profit that I was once a part of, I had a supervisor that constantly encouraged me to take ownership of what I desired for the fellowship I led.

“Don’t ask for permission. Ask for forgiveness,” he would say.

At the time I could not for the life of me, understand what he meant by this. But after taking a year away from this line of work, I’ve started to grasp what this might actually look like. I’ve begun exploring what it might mean for me to make decisions without first asking others for permission. And asking for permission as an adult certainly looks different than it once did, as now it takes the form of people-pleasing and needing massive amounts of affirmation before AND after making any particular decision. Today, it means needing my friends or family to encourage or verbally “approve” a decision before I make it, or needing external validation after the fact. But what I’ve come to find, is no amount of external affirmation will ever be enough. And sometimes that’s okay. 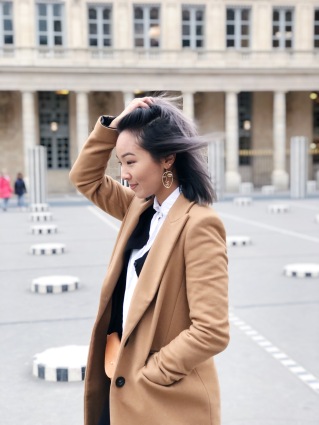 Sometimes I need to simply enter into spaces that I might feel timid taking up space in – be it slow fashion, yoga, wellness, maybe even the evangelical church…someday. Sometimes I need to just pursue what brings me joy, while keeping a humble and teachable posture. Having the courage to enter in doesn’t mean that I’m absolved from all potential mishaps and mistakes. This is why being open to “asking for forgiveness” is so, so necessary.  It simply means that I take the risks that my soul feels led to take and be open to (healthy) feedback as it comes. It means acknowledging my privilege even as an Asian American woman, amongst women of color. I don’t need external permission, approval, or encouragement from others to “start”. Because the reality of the world that WOC live in; is that the answer from society will almost always be “NO.

So I’m starting small. I’m embracing joy through the investment in things that feel authentic to who I’m created to be, regardless of what the culture and society around me “gives me permission” to pursue. I’m investing in my personal yoga practice and potentially teaching, regardless of the fact that there are so few women of color in Western culture leading in these spaces. I’m stepping into the slow fashion world, knowing there’s systemic brokenness in the way that WOC still have to fight to express that #representationmatters. Perhaps someday, I’ll get to a point where I can do the same in the realm of ministry and the evangelical church – but in the meantime, I’ll take it one step at a time.

For the time being, I’m excited to keep inquiring.

Can I give myself permission to pursue something? To be someone? If not, are the messages that I’m receiving telling me “no,” valid? Or are they simply there to maintain power and privilege for some, while unfairly (and at times, unintentionally) excluding others? The society around me may not be giving me to permission to ask these questions – but something inside me tells me that it’s really, okay to ask. And I’m coming to realize that this permission that comes from within is certainly enough. 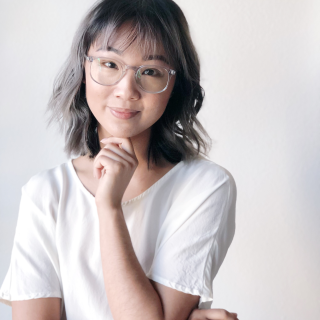